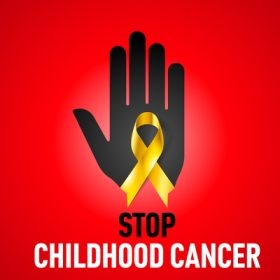 Childhood Cancer is a global scourge! There is, however one MASSIVE difference – In rich countries, 80% of children with diseases like Acute Lymphoblastic Leukaemia(ALL) survive. In many poor countries, 80% die.
While high-income countries such as the USA and Britain have made tremendous strides against A.L.L. and other similar childhood cancers, those gains have not trickled down to low- and middle-income countries, many of which simply don’t have the resources to treat complex diseases.
This inversion of mortality rates marks one of the greatest health disparities in the world, according to the World Health Organisation, which convened a meeting at the United Nations General Assembly to discuss the issue on 28 September, 2018.
“With childhood leukemia, the single biggest predictor of whether you recover or not is where you happen to have been born,” says Dr. Carlos Rodriguez-Galindo, executive vice president of St. Jude Children’s Research Hospital and chairman of its global pediatric medicine department. “We’re talking about many thousands of young children dying every single year of diseases that we have known how to cure for decades.”

WHO announced its new global initiative to address the disparity between childhood cancer survival in low-middle versus high-income countries at the United Nations (UN) General Assembly’s side-meeting on childhood cancer which was organised by the Missions of the Republic of Uzbekistan, the Hashemite Kingdom of Jordan, El Salvador, the Republic of Moldova, the Kingdom of Morocco, the Republic of Philippines and the Russian Federation.
The WHO Global Initiative for Childhood Cancer, funded via a generous $15 million partnership donation from St. Jude Children’s Research Hospital, partners with national and international stakeholders including CCI to provide leadership and technical assistance to support governments in building and sustaining high-quality childhood cancer programs, using tools that have long been commonplace in wealthier countries: training and basic equipment for doctors, access to chemotherapy drugs and other technology, and support and follow-up care for patients.
“Childhood cancer is the number one non-communicable disease (NCD) cause of death in children globally,” said Ruth Hoffman, ACCO’s Chief Executive Officer, and President of Childhood Cancer International.
“Childhood cancer has no borders. Why should childhood cancer treatments and cures? Even in the U.S. the majority of children with cancer continue to be treated with old drugs that were developed in the 1950’s, ‘60’s and 70’s. These drugs cost very little yet are too often unavailable to the majority of children with cancer in the world who happen to live in low to middle income countries. With increased access to essential childhood cancer medicines and radiation, children can be cured of their disease regardless of where they live in the world.” Ms. Hoffman will continue to represent the voice of the families of children with cancer as a member of the WHO Global Initiative for Childhood Cancer.

The target goal of the WHO Global Childhood Cancer Initiative is to achieve at least 60% survival for all children with cancer by 2030. This represents an approximate doubling of the current cure rate and will save an additional one million children’s lives over the next decade. The objectives are to:

This initiative is founded on the World Health Assembly’s resolution Cancer Prevention and Control through an Integrated Approach (WHA70.12), which urges governments and WHO to accelerate action to achieve the targets specified in the Global Action Plan and 2030 UN Agenda for Sustainable Development to reduce premature mortality from cancer.