During my research a while back I came across the story of Lauren Hill,  an American freshman basketball player at Mount St. Joseph University in Cincinnati, Ohio, who was diagnosed with an inoperable Brain Tumour, Diffused Intrinsic Pontine Glioma (DIPG).

I was very impressed by how Lauren handled her cancer, herself and her life, and hope that this article will serve to inspire others who are fighting cancer, especially Childhood Cancer. 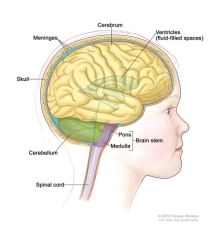 DIPG is a rare paediatric brain tumor that is located in the brain stem at the lower back of the brain..  DIPG primarily affects children between 5 and 10 years of age. Due to the tumor’s location, it can cause double vision, difficulty controlling eye movement and facial expressions, and difficulty swallowing and chewing. It may also cause weakness in the limbs.

DIPG makes up 10-15% of all brain tumors in children. It can be treated with radiation, but chemotherapy is generally not effective and surgery is impossible due to the spread of the cancer into healthy tissue.

In the past 30 years there has been little progress in improving treatments. Fewer than 10% of children with DIPG survive two years from diagnosis.  Average life span is 9 – 12 months from diagnosis.

Diagnosed at 18, and knowing that she had less than 2 years to live did not make this young Fighter lay down; she continued to play her beloved basketball and formed a non-profit called Lauren’s Fight for Cure.

“When I was diagnosed I remember kind of feeling lonely because nobody understood. And now that more people know about this story and the awareness of DIPG. I’m so happy that people know about it now and that we can get some research going and hopefully find that home run cure for cancer,” Lauren said.

“I’m spreading awareness and also teaching people how to live in the moment because the next moment’s not promised,” Hill told the AP after one of her team’s 6 a.m. practices. “Anything can happen at any given moment. What matters is right now.

“Especially after this kind of diagnosis, your perspective on life and what you value changes.”

For Lauren, that meant going to college, raising money for cancer research, spending time with her family, inspiring others, and achieving her goal of scoring a basket in a game.

In September, doctors told Lauren that she wouldn’t make it past December.

Mount St. Joseph, the university that Lauren attended, petitioned the NCAA to move the school’s opening game forward because of her worsening condition, and permission was granted! The NCAA agreed to let Mount St. Joseph move up its opening game against Hiram College by two weeks; Xavier University offered its 10,000-seat arena so more people could attend, and tickets sold out in less than an hour.

Lauren played her heart out and scored the first and last baskets of the team’s 66-55 victory over Hiram College in what has come to be known as “the shot heard round the world.”

That wasn’t her only game though; Lauren played in four games and scored 10 points before the spread of the tumour forced her to stop playing. When the season ended, her team held its annual dinner in a room at the hospital where she was being treated.

Unfortunately I just got the news tonight that Lauren lost her battle with cancer earlier today.

Little Fighters Cancer Trust would like to pay tribute to “No. 22” and the manner in which she and her family handled her illness and all they have done (and will continue to do, I am sure) to spread awareness and raise funds for DIPG Research.

Perhaps we can all take a leaf out of Lauren’s book and “Live for Today.” As she said,

“Life is precious,” every moment you get with someone is a moment that’s blessed, really blessed.”

Our Condolences, Love & Light go out to her Mom, Dad, Sister and Brother, and all her other Loved Ones, Fellow Team Mates and Students. We wish them all Strength as they deal with their loss.

You were not long in this world, Lauren, but the Impact that you have made will live on!