According to recent research conducted at the Vall d’Hebron Institute of Oncology´s (VHIO) Gene Expression and Cancer Group, led by Joan Seoane, and published in the journal, Nature Communications, exploiting cerebrospinal fluid (CSF) as liquid biopsy for the potential prognosis, treatment, identification and tracking of brain tumour genomic alterations not only in real-time but over time is less invasive, more accurate, and more effective. 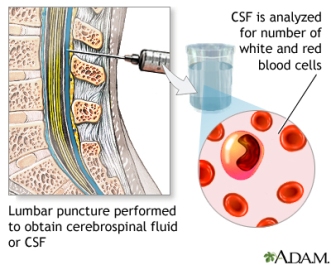 This is because the concentrations of circulating central nervous system tumour DNA are very low in plasma, but very high in CSF. A liquid biopsy in CSF, obtained via a lumbar puncture, is much less invasive and less risky for the patient than traditional procedures used to extract brain tissue samples.

It is critical that each and every tumour type along with each respective, individual molecular makeup is identified in order to tackle cancer with greater precision. Up to now, brain tumour tissue for analysis has been extracted via surgery or a punch biopsy, which does not necessarily facilitate access to a representative part of the tumour, and which also poses risk.

Compared to traditional tissue biopsy, the liquid biopsy ´policing´ of cancer could also help keep ahead of cancer´s next move. Liquid biopsy represents a significant step towards better detecting cancer mutations, tracking the evolution of the disease, and predicting its response to therapy.

According to Joan Seoane, Director of Translational Research at VHIO, ICREA Professor, and Professor at the Universitat Autònoma

de Barcelona (UAB), who led the study, “With these important considerations in mind we looked for a way to apply this type of liquid biopsy to brain cancer, especially in view of the obstacles associated with accessing this tumour type. Our main limitation was that circulating tumour DNA levels for brain tumours are very low in plasma. But the brain has its own closed circuit of fluid, cerebrospinal fluid, which bathes the brain and spinal cord, and is therefore in direct contact with tumour cells,” continues Seoane, “and we found circulating tumour DNA in CSF at such high levels that we were able to detect and characterize tumours with a high degree of sensitivity”.

Glioblastoma is the most common and aggressive malignant brain tumour, and virtually always comes back. There are currently few therapeutic options available and accessing the tumour is problematic. This type of tumour is generally treated with surgery followed by both radiation therapy and chemotherapy. The tumour inevitably recurs, but what is worse is that the new tumour is genetically different to the primary (first) tumour, which severely hampers therapeutic possibilities because the new tumour will have to be treated differently to the initial one.

This research is a huge step to offering more precise anti-cancer therapies in brain tumours as well as the ability to develop personalised treatments. The ability to more closely monitor the course of disease and the response to therapy in a minimally invasive manner will allow for evaluating the effect of treatment and assessing the drug effectiveness as the cancer progresses instead only at the end of treatment.

Gliomas are tumours formed from glial cells. Glial cells in the brain hold nerve cells in place, bring food and oxygen to them, and help protect them from disease, such as infection.