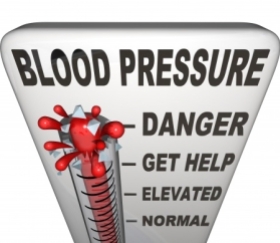 According to a recent study that appeared in the journal, Cancer Epidemiology, Biomarkers & Prevention, survivors of Childhood Cancer are more than twice as likely as the general population to have high blood pressure (hypertension) as adults.
Improvements in treatment have dramatically increased survival rates from paediatric cancers, with about 83% of children surviving at least five years and many becoming long-term survivors.
However, many suffer long-term side effects. “High blood pressure is an important modifiable risk factor that increases the risk of heart problems in everyone. Research has shown that high blood pressure can have an even greater negative impact on survivors of childhood cancer who were treated with cardiotoxic therapies such as anthracyclines or chest radiation,” said author Todd M. Gibson from St. Jude Children’s Research Hospital in Memphis, Tennessee.

To assess the prevalence of high blood pressure among survivors of childhood cancer, Gibson and colleagues examined 3,016 adults who were part of the St. Jude Lifetime Cohort Study, which provides ongoing medical assessments of childhood cancer survivors to advance knowledge of their long-term health outcomes.
Participants were considered to have high blood pressure if their systolic blood pressure was 140 or greater, their diastolic blood pressure was 90 or greater, or if they had been previously diagnosed with hypertension and were taking antihypertensive medication.
The study showed that the prevalence of hypertension was 2.6 times higher among

childhood cancer survivors than expected, based on age-, sex-, race- and body mass index-specific rates in the general population.
The prevalence of hypertension increased over time:

Gibson said the prevalence of hypertension in cancer survivors matched rates in the general population of people about a decade older.
Certain groups of survivors were the most likely to have hypertension: men; non-Hispanic blacks, older survivors, and those who were overweight or obese, the study showed.
The study found that exposure to radiotherapy or chemotherapy was not significantly associated with hypertension.
Gibson said the lack of association between high blood pressure and radiotherapy and chemotherapy was surprising and suggests that the connection between childhood cancer survival and adult hypertension is multifactorial and worthy of future research.
In the meantime, he said, clinicians should be mindful that survivors of childhood cancer are more likely than the general public to develop high blood pressure.
“The good news is that, unlike prior cancer therapy, high blood pressure is a modifiable risk factor,” Gibson noted. “Research is needed to identify effective interventions to prevent hypertension in survivors, but our results emphasize the importance of blood pressure surveillance and management.”

Related Articles
Busting 5 “Cancer-Cause” Myths
How Can I get a Tax Deduction by Donating?
5 Things That Cause Cancer