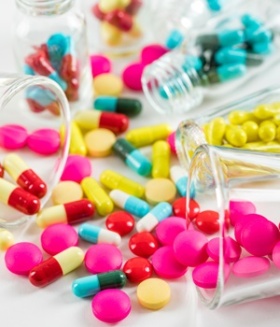 South Africa’s Competition Commission has launched an investigation into excessive pricing by three major pharmaceutical companies that have the sole rights to distribute cancer drugs in the country.
The commission’s job is to protect ordinary South Africans from abuse by dominant players. It has powers to investigate and evaluate restrictive business practices, abuse of dominant positions and mergers.
Its investigation into the drug companies is vital as cancer treatment is unaffordable for most South Africans. Many medical schemes – which offer medical cover to 16% of the population or 7 million people – refuse to pay for the medication because of the cost.
In South Africa all drug prices are approved and signed off by the medicines pricing committee in the National Department of Health. But our hope is that the commission’s investigation could still drive competition among suppliers, and in turn more affordable prices for cancer treatment. This should result in better access to affordable drugs, particularly for poor people.


The Drugs in Question

Three companies are being probed: Swiss-based Roche, US-based Pfizer and South African company Aspen Pharmacare.
The cancer drugs in the spotlight are used mainly to treat lung and breast cancer but they can also be used in the treatment for other types of cancers.
One of the drugs is trastuzumab which is supplied by Roche and recommended by the World Health Organisation to treat breast cancer and can be used in combination with other drugs for some types of stomach cancer. Roche’s branded versions of the medication is Herceptin. This is the only trastuzumab product currently available in South Africa.
Pfizer provides the only crizotinib product to South Africa for the treatment of lung cancer. Its product, Xalkori, is not yet registered in South Africa, and is only accessed through a special application process under the Medicines Act which enables clinicians to prescribe and use medicines not yet registered by the MCC to treat patients.
Aspen is being investigated for three of the oncology drugs it supplies: Chlorambucil (Leukeran), Melphalan (Alkeran) and Busulfan (Myleran). All are generic drugs but Aspen is the only pharmaceutical company in the country that’s registered with the Medicines Control Council to sell the drugs in South Africa.
Competition authorities in a number of European countries, including the European Union, are also investigating Aspen for alleged excessive pricing on these and other products.

Why are they so Expensive?

The cost of a drug is related to its development. Before a cancer drug reaches the market there is a complex clinical research process and an expensive administrative process that requires millions of dollars of investment. This includes regulatory studies and three phases of clinical trials.
In the pharmaceutical industry, the initial patent holder is usually the pharmaceutical company that researched and developed a drug .
Although the patent life from the date that it is filed is 20 years, the average time to bring a cancer drug from the start of clinical testing to regulatory approval is between eight and 12 years.
This means that the actual patent life of a drug from the time of initial marketing can be limited – often less than 10 years. In addition, only 16% to 19% of cancer drugs that enter clinical trials successfully make it to market.
There’s an added challenge in cancer treatments. Even with the arrival of “new and improved” versions of a previously approved drug, the older (and by now generic) drug tends to be viewed as substandard treatment. This perpetuates the situation. And in the last 59 years the health sector has increased its knowledge of cancer and treatment immensely. But it’s not yet at a curative phase. Faced with the seriousness of the diagnosis, patients, family and physicians are often willing to pay the high price of treatment even for marginal improvements in someone’s health.
Drug companies also have to go through a lengthy process before they can start selling a drug. Once a drug is approved by a regulatory authority it needs to be registered with a country’s medical control council before it can be prescribed by oncologists. This registration process can take a long time.

What needs to be Done

The biggest problem with the price of cancer drugs is that there is no competition among truly effective cancer drugs to lower their cost. Healthy competition between different drugs would drive lower prices and keep prices reasonable for the consumer.
One way that competition has been achieved for other pharmaceutical drugs has been through the generic route. Once the patent expires, manufacturers of generic versions can produce more cost-effective versions. This is happening for some cancer drugs. But there are two limitations: one is that it takes a long time to develop cancer treatments. And generic versions of cancer drugs are much higher than those used to treat non-malignant (non-cancerous) diseases.
So what can be done? There are three options:

The competition case in South Africa is also an important part of the campaign to make sure that cancer drugs are more affordable. As incidence of cancer continue to rise, massive resources are being poured into cutting-edge research and biotechnology to successfully treat this dread disease. But these benefits aren’t being felt by the vast majority of people in the world.
This article was originally published on The Conversation.