Why me?
Cancer survivors have an interesting relationship with these two words. As bookends to the cancer experience, their implications and impact are crucial to understanding the psychology of a life-threatening illness.
Even the most stoic among us must have at some point allowed the question “Why me?” to cross his or her lips or mind. Not only is it normal to question the arrival of such a traumatic event, it is the reflexive response of a mind honed for survival.
No matter what kind of cancer you’re diagnosed with, coping with its emotional toll can continue long after active treatments are over. The aftermath can lead to a tangle of complex feelings. For those who enter the world of cancer survivorship, guilt is often one of those emotions.
I personally also battle with Survivor’s Guilt, as I have recently passed the 21 years in remission mark, and even though I live with the after/late effects every day (which only those closest to me know about), I still count myself very lucky because I Survived, and when one of our Little Fighters is suffering or gets their angel wings it hits me extra-hard…
The only way that I can “justify” my survival or make myself feel a bit better is by telling myself that THIS is why I survived Stage IV Urethral Carcinoma – to serve our Little Fighters and their Families…

Cancer survivors may experience a range of guilty feelings in addition to what is considered classic survivor guilt — surviving the same thing that someone else dies from. Some people may feel guilty about disrupting the routines of friends and family members, especially those who had to give up extensive amounts of time to provide care. Others may feel guilty about not doing everything they can to live the best life possible after surviving cancer.

“Often when people are diagnosed with cancer, they contemplate their own mortality and vulnerability for the first time,” says Kimarie Knowles, a Memorial Sloan Kettering clinical social worker who works with cancer survivors. “The feelings of powerlessness or helplessness that can be triggered in the face of illness are overwhelming. Guilt can be a way to protect us from those feelings, because it’s something we feel we can control.”
One sign of survivor guilt, Ms. Knowles says, is when patients try to minimise or dismiss their own cancer experience because they believe other people are worse off than they are. “They may say, ‘I only had surgery, while he had surgery, chemotherapy, and radiation,’” she notes.
Survivors coping with these emotions often feel that they need to justify their existence or that they don’t deserve to be here, Ms. Knowles says.
This often speaks to the feelings of powerlessness and grief related to their own cancer experience. “We as social workers try to look deeper and understand what people are struggling with,” she says. “Once we help them recognize their feelings connected to the guilt, they often have an aha moment, which helps them to begin moving past it.”
In the video below, Ellie explains Cancer Survivor Guilt very well and gives some tips on how to deal with it….

Mike Verano is a licensed professional counselor, licensed marriage and family therapist and thymic cancer survivor with over 30 years experience in the mental health field. Mike has had articles published in national and international magazines and is the author of The Zen of Cancer: A Mindful Journey From Illness to Wellness. In addition, he maintains the blog, Confessions of a Pacifist in the War on Cancer.

1 Name it: Guilt of any type is — more often than not — an echo of someone else’s voice. By asking clients to give a name to the guilt trip they’re on, they’re released from feeling that it is the result of some personal character flaw.

2 Claim it: Owning the times when we’re victimizing ourselves with the guilt experience is much easier than trying to ignore, resist and fight. Subtract the feeling that one has failed to rid oneself of this experience and there is no longer the need to feel guilty about feeling guilty.

3 Reframe it: Reframing is a powerful psychological technique that has its roots in the age-old transformation of lemons into lemonade. Once we cast a painful experience in a more positive light, we drain it of its power. Ultimately, survivor’s guilt arises from compassion for others and the desire to end suffering.

Finally, I will point out that survivor’s guilt can have a bright side. In an attempt to scratch the guilt itch, many people go on to take on causes, donate to charities, seek cures, and, yes, even write blogs. As someone who experiences this phenomenon every time I show up at my oncologist’s office for my follow-up visits, my personal mantra is: “I survived cancer, and I’m guilty of wanting the same for others.” 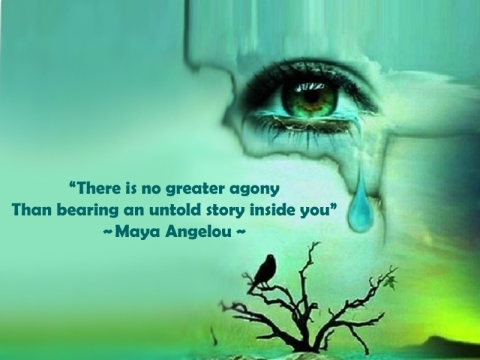