With today being #NationalBandanaDay2015, we thought it an apt day to appeal to everyone to become a Bone Marrow Donor, and to get tested to see whether you are possibly a match for our Little Fighter Muhammad who desperately needs a Bone Marrow Transplant after relapsing after 3+ years last month.

Muhammad Ebrahim Hussein was born on 15/09/09. From the age of 6 months his parents began noticing that he was not always that well, and after numerous visits to the paediatrician he was diagnosed with Haemophycotic Syndrome and admitted to hospital for 4 months.

Muhammad did well for the next 18 months, but was diagnosed with Acute Lymphoblastic Leukaemia in March 2012. Eventually, after a hard-fought battle and extensive chemotherapy treatment, Muhammad went into remission.

Unfortunately, after 3.5 years, Muhammad relapsed and the family were informed that he will  require a bone marrow transplant. He is currently receiving aggressive chemo and is expected to be in hospital for a minimum of five months.

What is a Bone-Marrow Transplant?

WHY a Bone-Marrow Transplant?

Leukaemia is cancer of the white blood cells. The white blood cells replicate in an uncontrollable manner and don’t develop any infection-fighting properties. The cancerous cells can quickly spread through one’s bloodstream, leading to a lack of room for red blood cells and platelets.

This can lead to the symptoms of anaemia and increases the risk of serious infection and cause one to bleed and bruise more easily.

There are numerous types of leukaemia where a bone marrow transplant may be needed, one of them being Acute Lymphoblastic Leukaemia, which Muhammad has.

All of the blood cells in the body are produced by bone marrow; it produces specialised cells called stem cells which have the ability to develop into three important types of blood cells:

As the number of blast cells increases there is a drop in the number of red blood cells and platelet cells. This drop causes the symptoms of anaemia, such as tiredness, and increases the risk of excessive bleeding. Blast cells are less effective than mature white blood cells at fighting bacteria and viruses, making one more vulnerable to infection.

Acute Lymphoblastic Leukaemia is the most common type of cancer to affect children. Approximately one in every 2,000 children will develop it. About 85% of cases occur in children aged under 15, mostly between the ages of two and five years old.

Ethnic origin (Heritage) is important when matching donors and patients. The “markers” that are tested when searching for a match are genetically inherited and often unique to a particular race. There are currently insufficient bone marrow stem cell donors on the SA Registry from the 211 ethnic groups that make up our rainbow nation. This includes African, African-Carribean, Asian, Chinese, Jewish, Eastern European, Mediterranean as well as donors of mixed ethnic background.

Find out more about how to become a donor on the Sunflower Fund Website and how much of a difference YOU could make by becoming bone-marrow donor.

On October 1st, 2009 I was diagnosed with Leukemia. After 9 months of intense chemotherapy treatments, the decision was made that I would need a bone marrow transplant. A suitable donor was not found within my family so I would have to rely on the national Be The Match® marrow registry to locate one for me.

A match was found and on August 18th, 2010 I underwent a stem-cell transplant using an unrelated donors stem-cells. Today, I’m cancer free! Her generosity and selflessness has allowed me to call myself a ‘survivor’. This video was captured of my donor and I meeting face-to-face for the first time. It was truly an amazing experience!

I have made it my life’s mission to ‘Pay it Forward’. After transplant, I started working for The Leukemia & Lymphoma Society where I am able to use my wounds for good on a daily basis. My diagnoses was not in vain!

Many people do not go for bone-marrow testing because they have been told that the tests cost around R2 000,00, but what most people DO NOT know is that although the Sunflower Fund does ask individuals to donate towards the testing if they can, the Fund actually sponsors the costs:

We do ask donors to consider donating generously towards the cost of the test. This frees up our funds to pay for more donors; the more donors on the Registry the better the chance patients have of finding a match. There are 4 donation options: R350; R750; R1400 or R2000. If you are not able to make a donation you will be placed on our waiting list and when funds become available, we will sponsor the cost of your test and your form will be emailed to you. (via the Sunflower Fund Website) 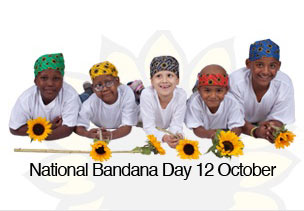 Register as a donor

Register as a donor – should you wish to join the registry database, please contact the Sunflower Fund toll-free call centre on 0800 12 10 82 between 9 – 4, Monday to Friday.

Tests are done by the Pathcare and Ampath laboratories in the Western Cape and by the SA National Blood Service in Gauteng and KZN. 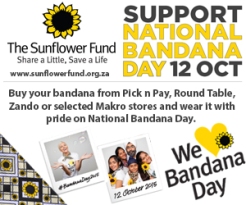 More important though, please seriously consider becoming a bone-marrow donor; by doing this you may be able to save the life or lives of others within your community who might otherwise be unsuccessful, in finding a match.

Please contact Mandie Erasmus at the Little Fighters Cancer Trust for further information and if you are willing to get tested as a possible bone-marrow match for Muhammad.

Please continue to keep Muhammad and his Family in your hearts and prayers.

All of us here at the Little Fighters Cancer Trust  send tons of love and best wishes to Muhammad, and will continue to walk the path with the family as they once again go through this ordeal.